Skip to content
La Cachette du Bootlegger-Specialists in home brewed wine and beer Visit Our Online Store
La Cachette du Bootlegger is proud to offer its SuperBatch brewing kits. This exclusive product is produced by us using premium liquid malts, the finest fresh hop extracts for bittering and finishing hop pellets for extra flavour and aroma. The variety of yeast provided will vary depending on the kit. Specialty grains (malted barley) are also provided with some of these kits.
Boiling the contents of the SuperBatch beer kit with 2 to 4 liters of water for five minutes releases the flavour and aroma characteristics of the finishing hops as well as sterilizes the wort. No addition of sugar is required except at the bottling stage (if the beer is bottled and not kegged).
With our SuperBatch product, you are assured of getting fresh malt and a full effect of hops that can not be offered by conventional beer kits!

The Bootlegger's SuperBatch varieties, offered in 3 liter buckets (except for the Belgian Triple) and which may contain up to 4 kg of malt extract (5.5 kg for the Belgian Triple), can be briefly described as follows:
Bavarian Lager: A light coloured, German style lager, which is loyal to the German Purity Law. It is a well balanced beer that is quite hopped, yet has a lasting fresh flavour and a taste of Munich malt.
Belgian Ale: A dark brown and malty brew with light hoppiness and a hint of orange and coriander.
Belgian Triple: Golden to light orange in colour, this high alcohol, well-rounded ale has a hint of ginger and sweetness in the finish; all attributes typical of a strong Belgian beer. (O.G. of around 1.070 for 23 liters.)
Bootlegger Steam Beer: A style known as "California Common Beer", this beer is of a light amber colour, medium body, high hop bitterness with a taste of Crystal malt. It is considered a hybrid beer, since it is fermented with a lager yeast at an ale temperature (room temperature).
Canadian Ale: A light golden, well balanced Canadian ale with a distinctive fresh hop flavour. A tribute to the Canadian brewing tradition.
Cerveza: A pale golden, light beer with a crisp taste that resembles a Mexican style blonde.
Danish Pilsner: A blonde coloured beer that is slightly more bitter than a typical lager, with a smooth, dry, malty character, all balanced with a refreshing European hop flavour.
English IPA: Made to taste like the original English India Pale Ale. This is a full bodied, hoppy beer with a brownish red colour.
Irish Cream Ale: Reddish amber in colour, this ale is well balanced and not too bitter. The taste is reminiscent of a traditional Irish red.
London Pride: Amber in colour, this special bitter combines a noticeable hop character with an underlying malt sweetness and a taste of Crystal malt.
Newcastle: While other British brown ales are dark, opaque and sweet, our Newcastle represents the lighter and dryer style of the renowned Newcastle Brown Ale.
O'Durfé Stout: This beer is black in colour and has a flavour of roasted and chocolate malt and a noticeable bitterness - similar to the tasty Irish Stouts.
Oktoberfest/Märzen:  An amber coloured beer with a medium bitterness level and delicate flavours of Munich and Vienna malts.
Session IPA: A highly hopped Pale Ale that is lower in both bitterness and alcohol than a standard American IPA.
West Island IPA: A take on the popular American style IPA, it is a light amber coloured beer with a pronounced bitterness and a subtle taste of Carastan malt.
Yorkshire Bitter: A traditional English Bitter with an amber colour and a bitter character that brings you back to the merry old pubs in England.
Seasonal offer:   Citrus Wheat: (Available until end of August 2020 or until supplies last.) An American style wheat beer with aromas and flavours of grapefruit, lemon and sweet orange. Light amber in colour and with a medium bitterness level, this refreshing and tasty beer is sure to please. 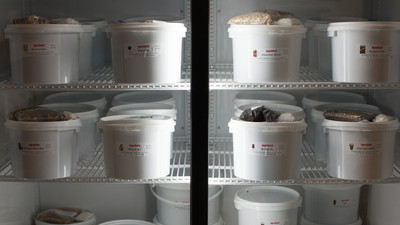